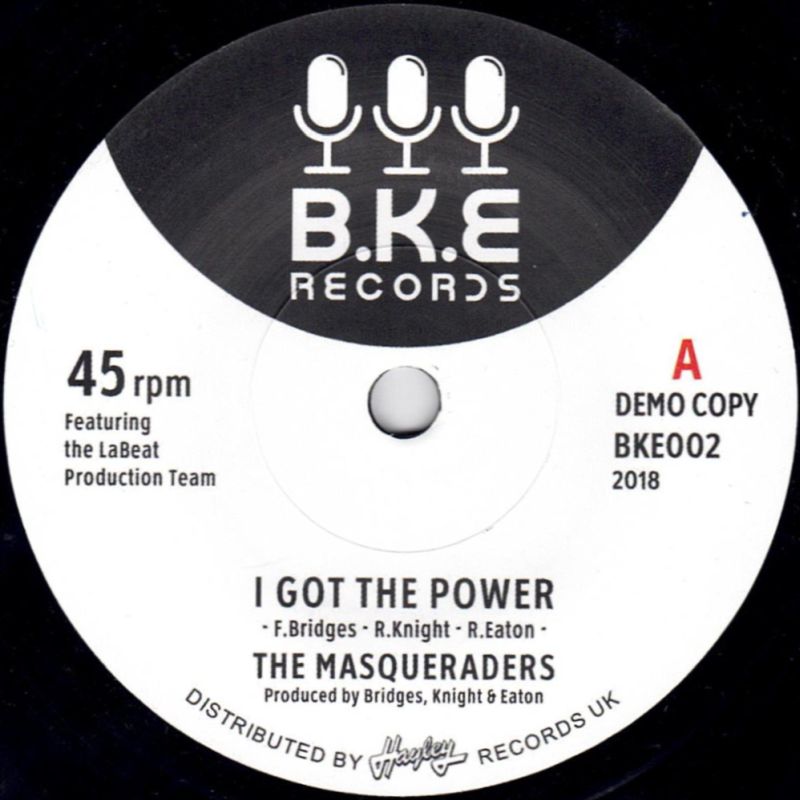 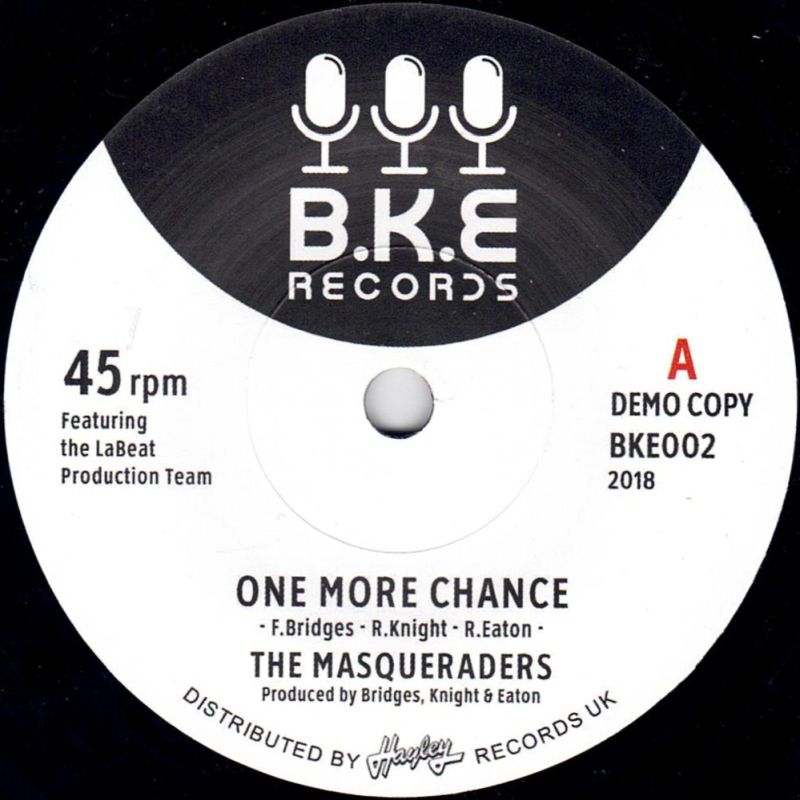 Double-header with two exclusive 1967 Detroit Soul masterpieces originally released on the La Beat label which shut down right before the Detroit riots which did the US nation oh-so proud by treating its own people as shit as they could, yes that’s the correctness of the self-empowered ‘police of the world’, applause.

This is the second BKE release featuring a relatively unknown group who just happened to be walking down 14th Street when they met producers Bridges and Knight – The Masqueraders.

Fred Bridges says: ‘Yes that was kinda lucky for them and us, I guess. They had come up from Texas to try out at Motown but hadn’t made it when I met them. They didn’t even have return plane tickets they were that sure they’d make it but we got them in and liked their sound and what they could do. Lou Beatty started working with them first then Richard and me took over. We were so good together and really enjoyed working with them.I was the first to bring Mike Terry in to arrange our tunes. I played piano on ‘One more chance’ but we had Johnny Griffith play on ‘ I got the power’ along with some of the best guys in town. Eddie Willis and Dennis Coffey played guitars. We had Babbitt on bass, George McGregor and Mike played with the Powerhouse horns on that tune.’

THIS IS AN EXCLUSIVE LIMITED EDITION QUALITY IMPORT NOT AVAILABLE ANYWHERE ELSE IN EU TERRITORY!