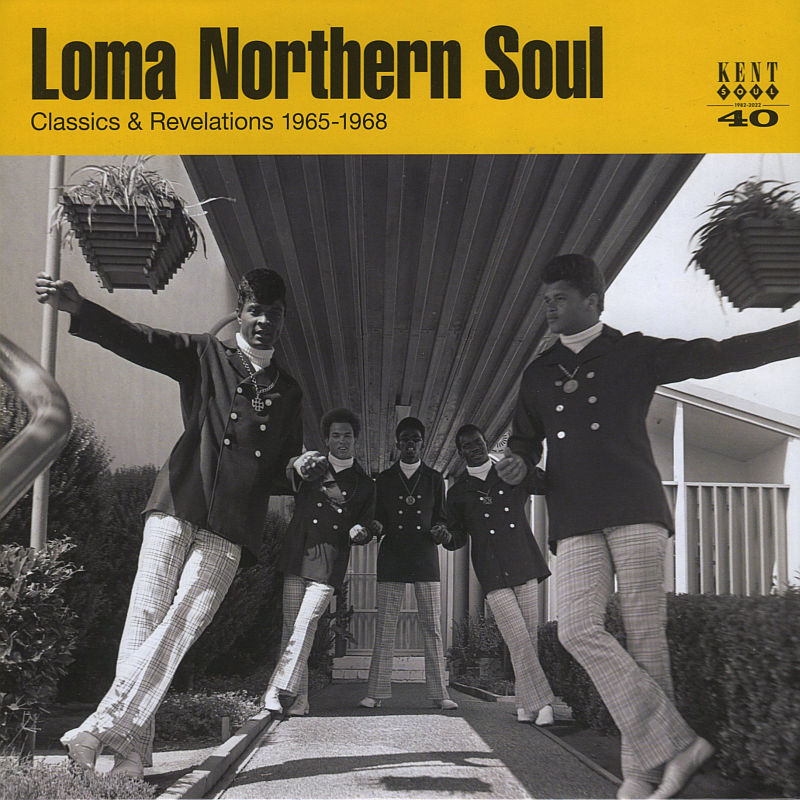 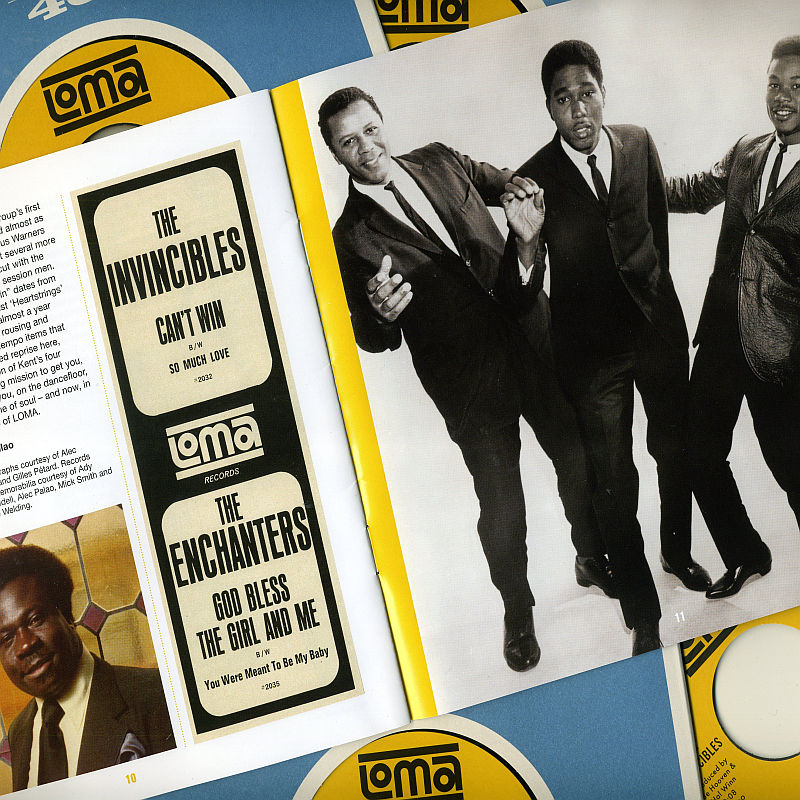 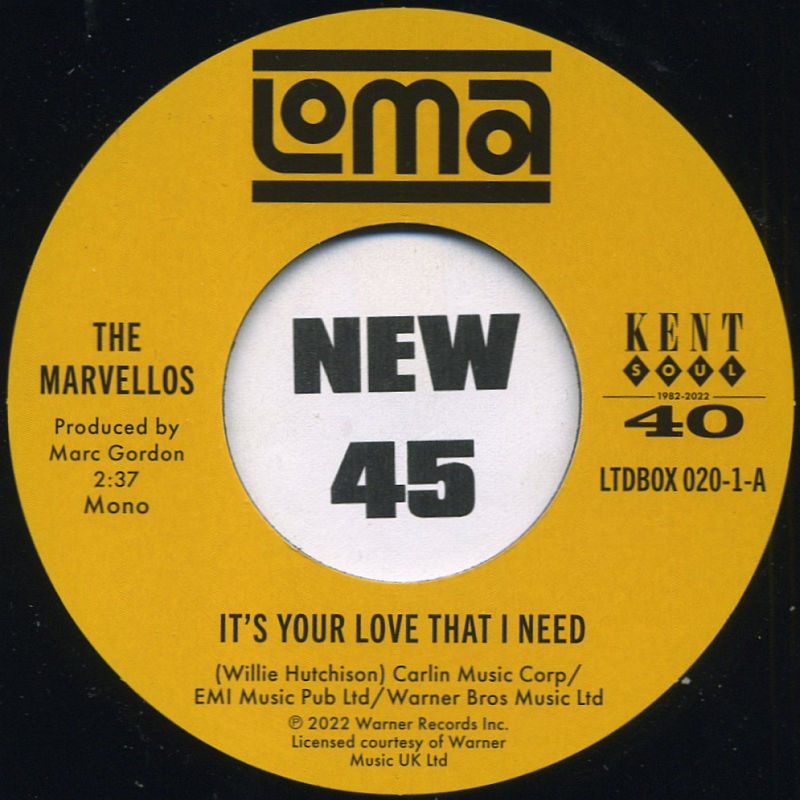 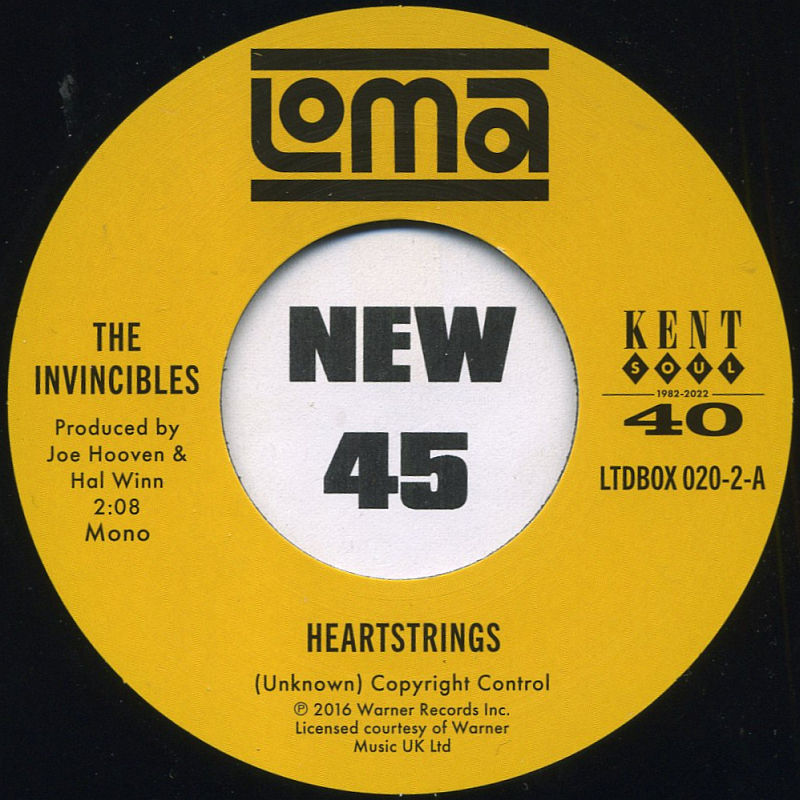 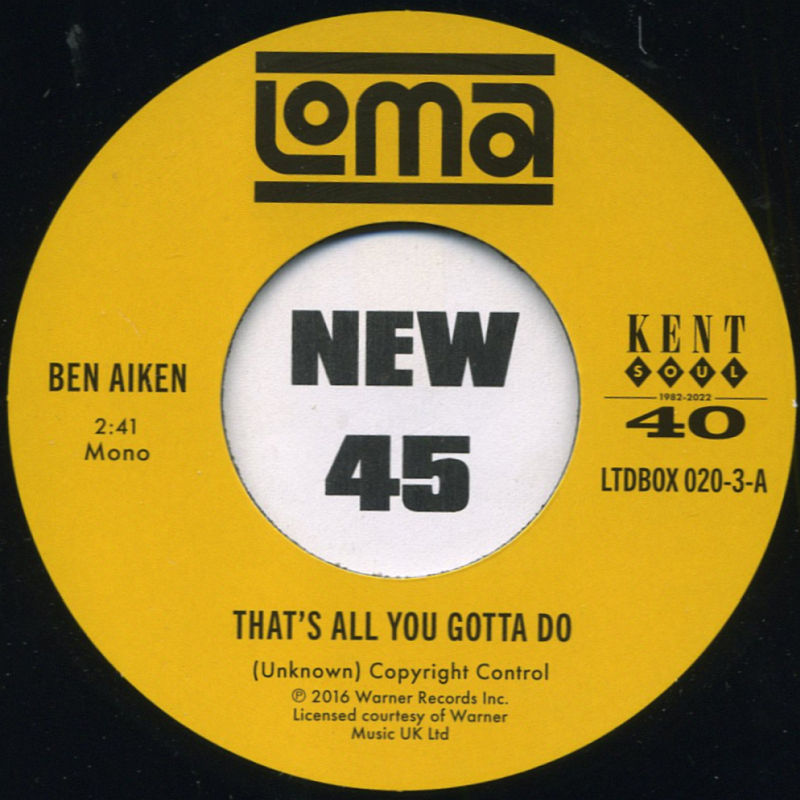 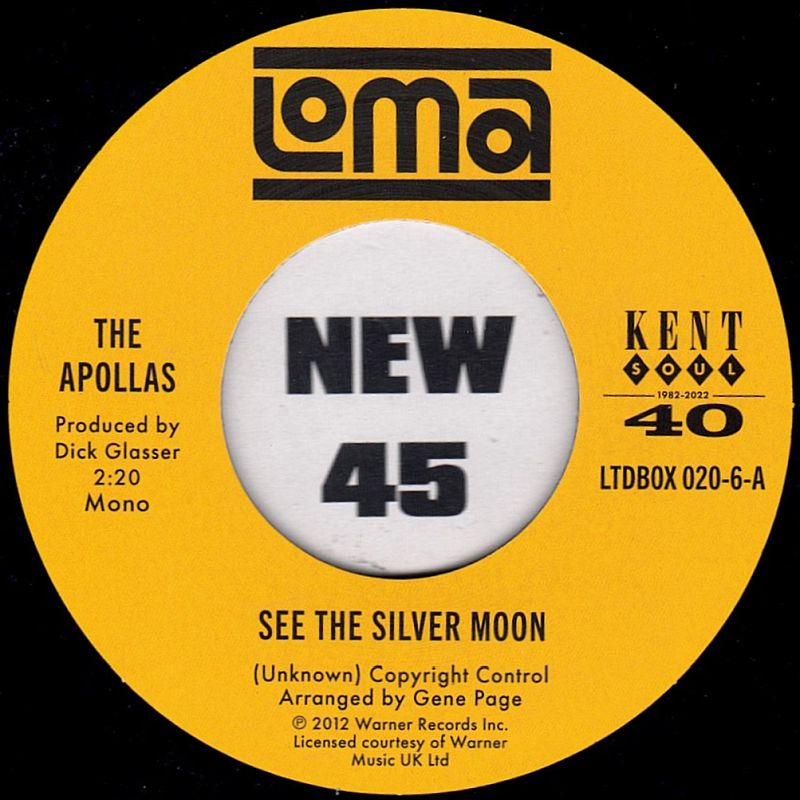 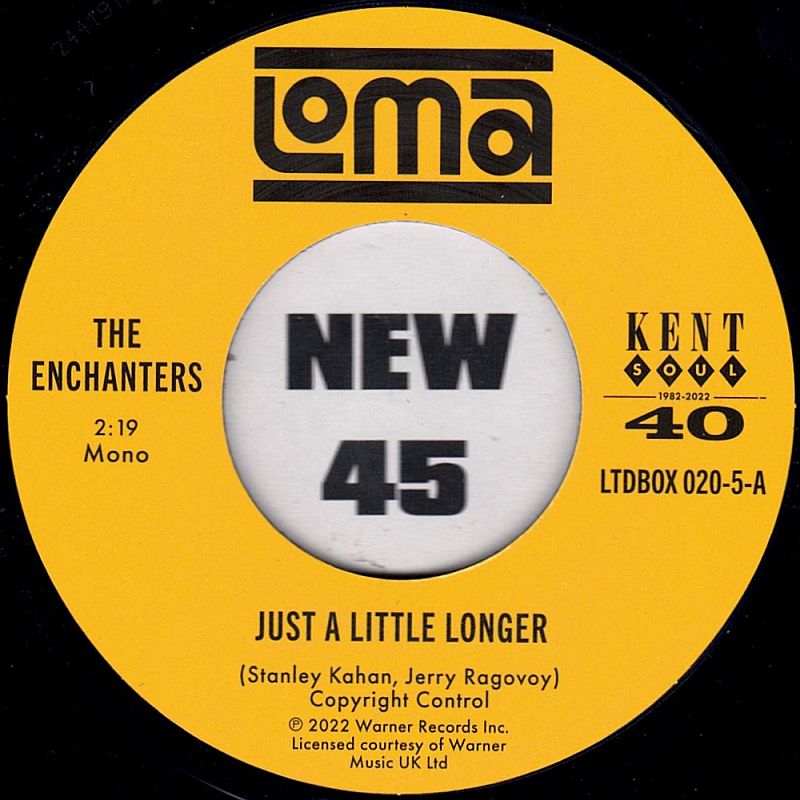 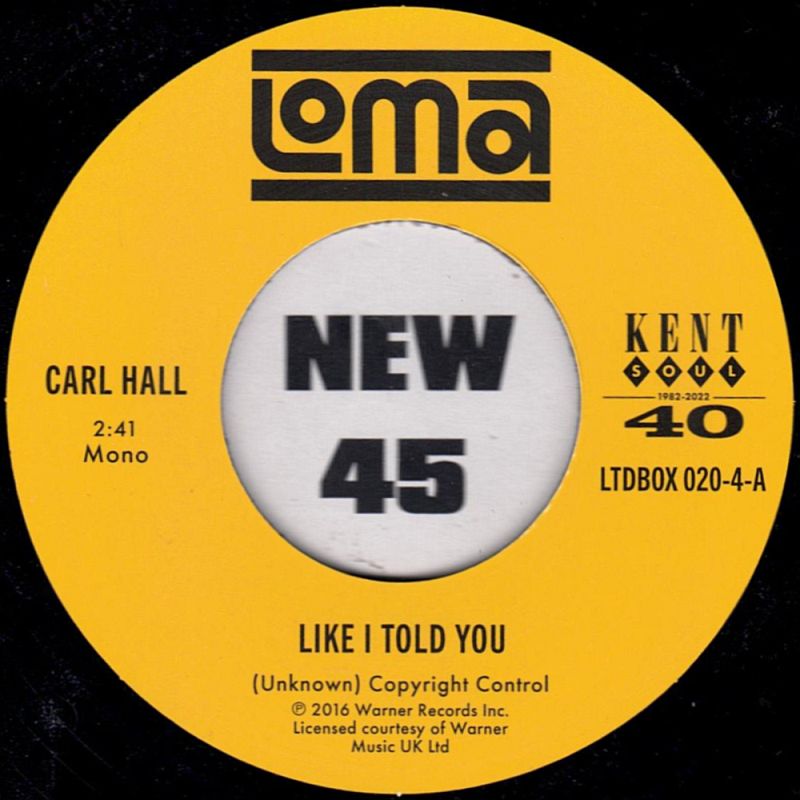 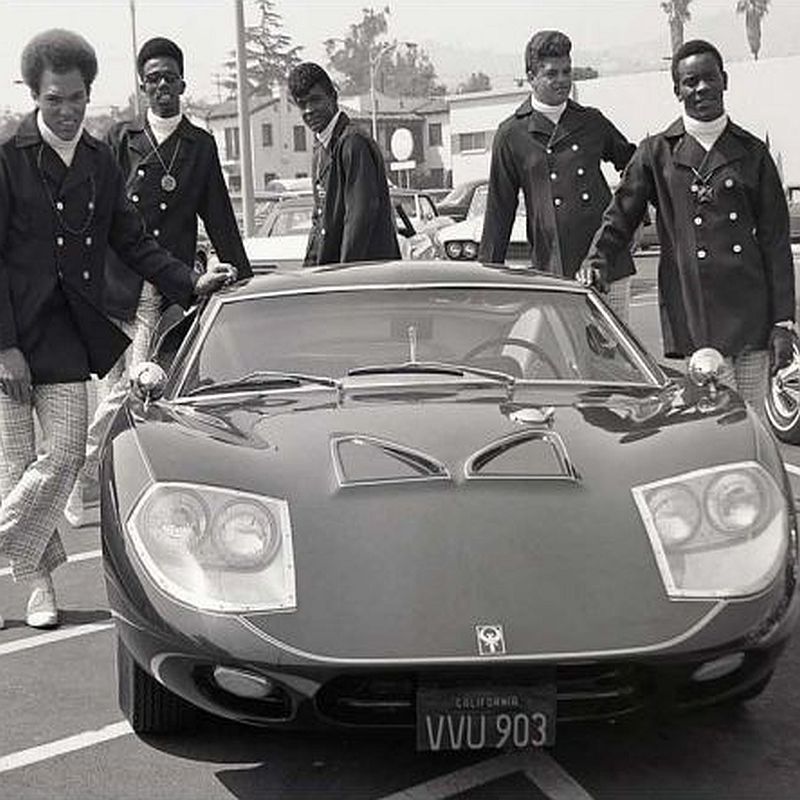 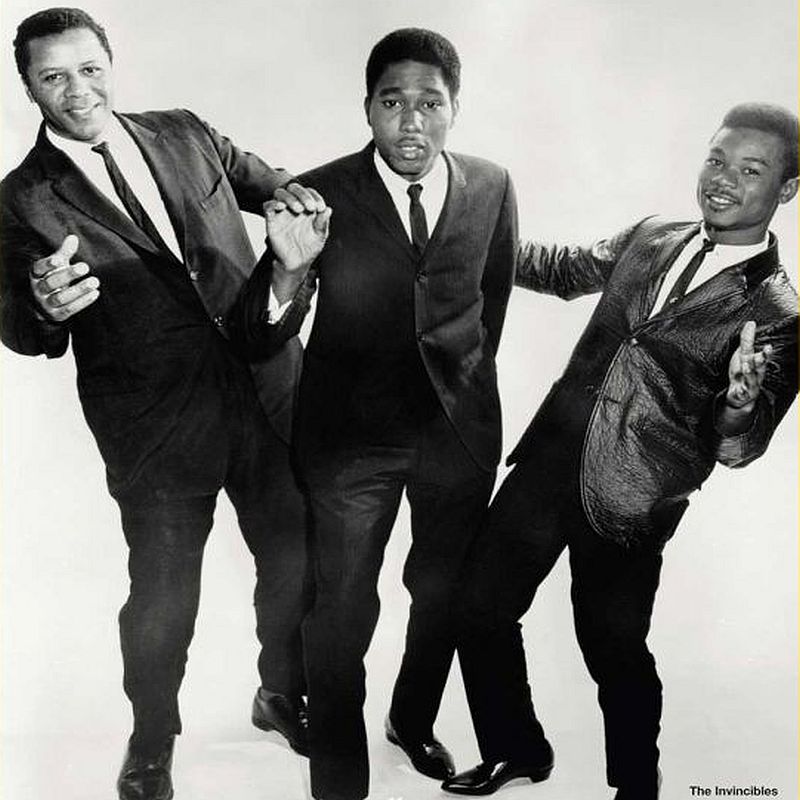 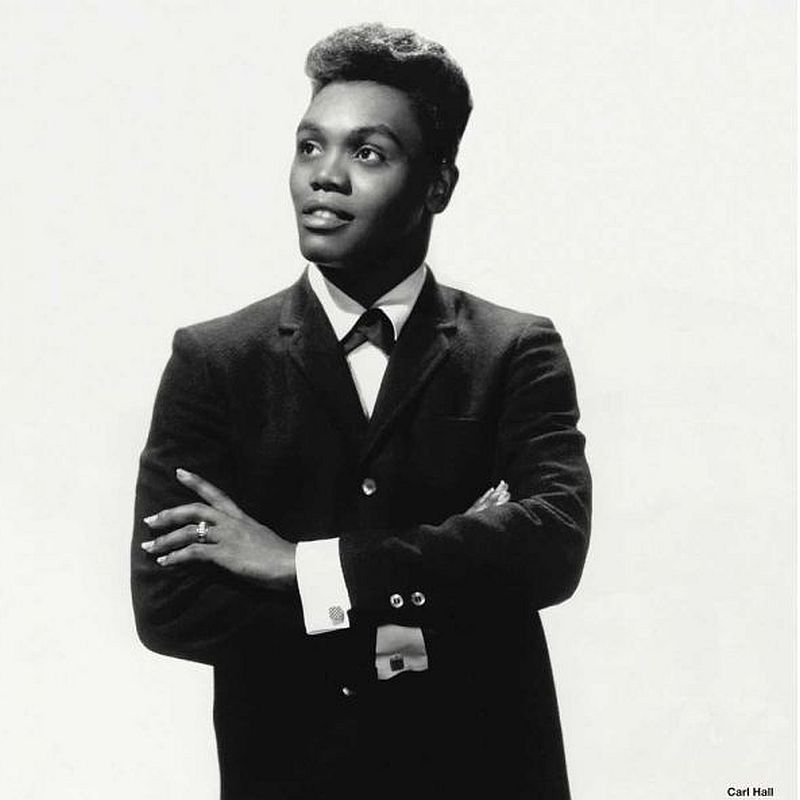 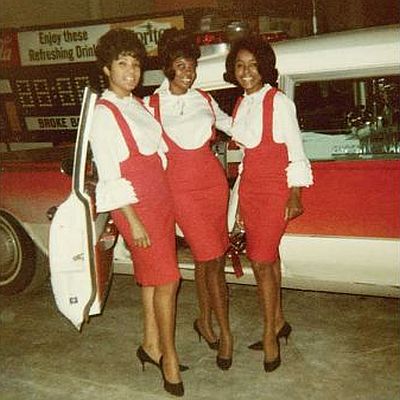 To celebrate Kent’s 40th birthday (admittedly a month late due to pressing times), they are releasing their first ever box set of singles. This is due to them getting access to the Loma vaults and finding some previously unheard soul gems to augment the best of the soul dance tracks from the esteemed imprint.

Starting with THEE discovery of the soulful ‘20s we present L A soul group the Marvellos whose ‘It’s Your Love That I Need’ – written by the great Willie Hutch – a Motownesque dancer whose arrangements and melodies are so stunning they also issued the backing track as an instrumental B side to it.

The Invincibles were another fabulous Los Angeles outfit whose four Loma releases were ballads but two great dance tracks, the sublime ‘Heartstrings’ and the manic ‘Got A Thing Goin’’ showed they could really turn it up when needed.

Ben Aiken’s ‘Satisfied’ is a stone classic Northern Soul dancer – finding the more subtle ‘If You Should See Her’ and ‘That’s All You Gotta Do’ in the vaults makes the Philly singer the best represented artist of the set.

New York-based Carl Hall is another singer with a released classic – ‘Mean It Baby’ and a great unissued tape vault-find – ‘Like I Told You’. The pair sit well together on their new 45 pressing.

The Enchanters cut several tracks after they left Garnett Mimms, ‘Just A Little Longer’ is a great Drifters-sounding number which they’ve coupled with the beautiful ‘I’ll Find A Way’ by Bobby Reed.

‘See The Silver Moon’ by west coast girl group the Apollas would have wowed them at Wigan. The poptastic number has the perfect stomping dance beat, beloved of the Casino’s patrons. Alas it was not heard until 2012 when researcher and co-compiler Alec Palao unearthed the master tape. They paired it with Larry Laster’s terrific ‘Go For Yourself’ which shares the backing track of fellow Northern monsters ‘Lighten Up Baby’ and ‘Somebody Somewhere (Needs You)’, more than holding its own.

The flip of Ben Aiken’s ‘If You Should See Her’ debutant is Bobby Freeman’s magnificent ‘Lies’ out there on original vinyl but surely due for take-off.