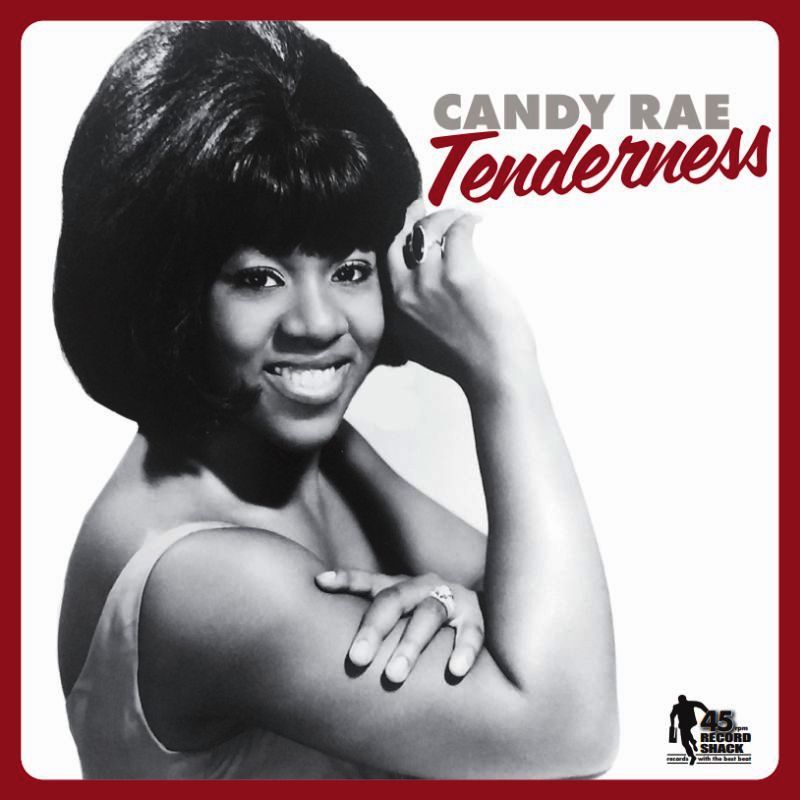 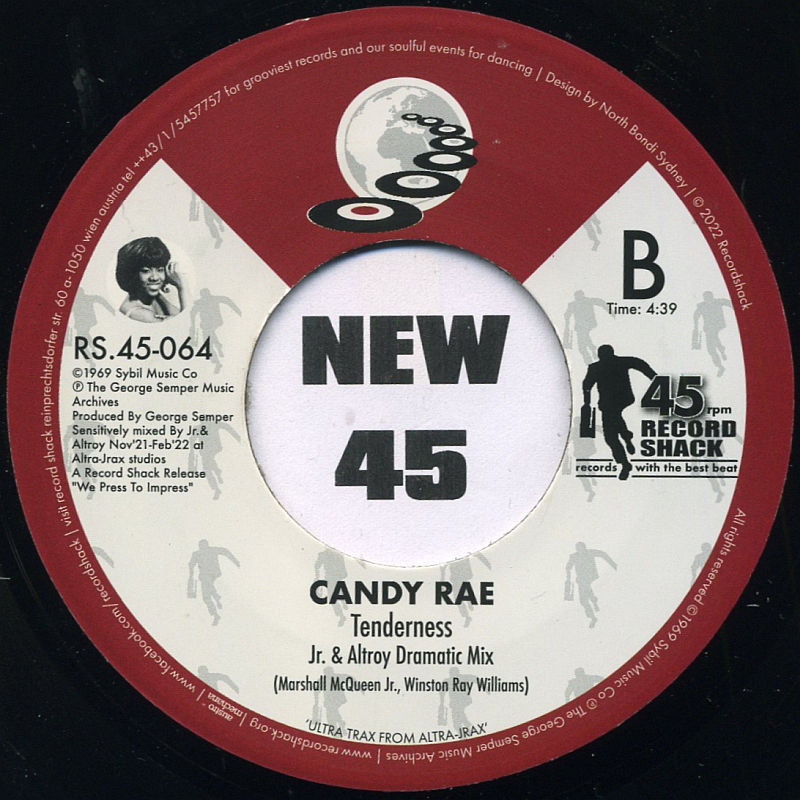 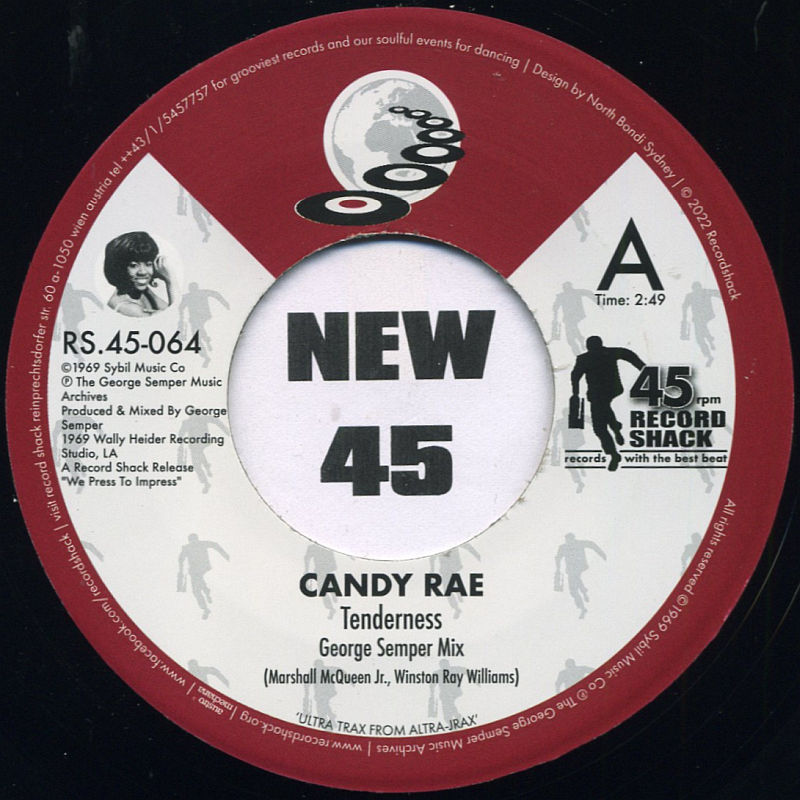 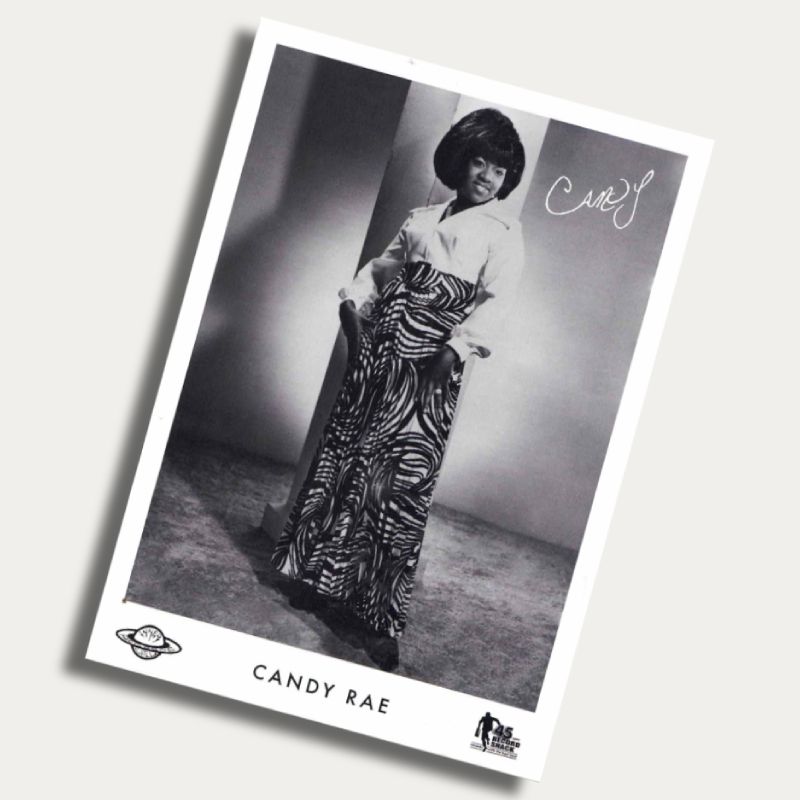 STRICTLY LIMITED EDITION, SO BE WISE & TAKE OUR ADVICE AND BUY YOUR COPY N-O-W!

YES, THIS IS REAL DEAL SOUL!

still totally ‘paralized’ by the soulfulness of this sublime, previously unheard downtempo ‘real’ Soul tune, and hey, we can honestly say that this could be the best release on our label so far.

Of course one could say that it’s a little uncool to praise our own record so much, but unless ‘yer deaf, a ‘Def Leppard’, ‘DJ (F)Ötzi’ fan or otherwise musically des-orientated or lost in life, this 7″ record will create a shiver down ‘yer spine and it could very well be that this smooth REAL SOUL TUNE might stay with you for the rest of your life and somewhen soon become a ‘classic’.

Thanks to our good friend Joel Brockman we’ve been given the unique opportunity to master from the original unreleased 16-track tape recorded by his father who is none other than the legendary producer George Semper back then 1969 in San Francisco.

This recording never saw the light of a release until now, even though some superclever geeks tell us that this had come out on a compilation album before, but they’re easily put to shame and would realize themselves if they’d take the time to LISTEN and compare that shit-sounding pitched-up & incomplete Mickey Mouse version with our exclusive George Semper original mix from 1969 which stayed in the vaults until now and which is our TOP-TOP A-side.

Being given the chance to work with the 16 original ‘stems’ my heart- & producing brother Altroy Jerome & me did an alternative mix on the flipside, of course adding no synthetical ingredients like sterile effects or the like, but listening carefully to what’s there on those seperate tracks, and then for instance we squeezed that hidden ‘horny’Hammond B3 organ grooves & more out and a slightly different flava out of that marvelous original track had been created.

This ‘current’ mix does not compete with George’s harmonic masterpiece from ’69, we just wanted to give this superb, one-of a kind adorable quality Soul tune another edge, we also think it really sounds ‘timeless’, if you don’t know you’d not have thought that this would be a recording from the late 1960s.

So I think we can say that this record seperates the deaf from the hearing, the blind from the seeing, the sheep from the shepperd and the mainstream from the individuals, we invite you to secure your limited copy of this ‘gift from Soul heaven’: BUY NOW!

Quickly puttin’ the needle back to the start of the record, yeah babes, we can truly say, our ‘Tenderness’ is the very best new released Soul tune one could buy right now on planet earth, a true masterpiece…

Candy & Ron, solo recordings on Inner City went unreleased except for this sweet soul gem “Tenderness’ from Candy, we present for your enjoyment! #

In her youth Candy, was a recognized talent in her church choir. Making her way to Hollywood, Semper discovered her
from memorable performances at Wonder Gardens, Club Harlem, & Soundtrack backing Jimmy McGriff & Kool & The Gang. ‘Tenderness’ backstory begins in 1969 with Semper relocating from Las Vegas, backing Ray Charles & headlining in a tuxedo at Caesars Palace as “George Semper & The Soul Patrol”, to Black is Beautiful LA, Compton, & Watts.

Massive radio play championed by Legendary KDAY DJ Wolfman Jack. His cross-border XERB “The Mighty 1090” radio blasted “50,K watts of Boss Soul Power” across the USA! Sadly, the single was their only release as a duet.

‘Tenderness’ Candy’s first solo was co-written by Marshall McQueen, Jr.. He & George met at Capitol Records, during production of ‘Stuck In The Mud’ by Myles Grayson which Marshall wrote and plays guitar. After hearing ‘Tenderness’ George knew it had to be her first tune.

Candy, collaborated with label mates & under alias. This is how aliases “Annie Mae Penbrook” and “Funkhouse with Candy” came about. Obscure to the masses, she’s left a lasting Legacy in the Inner City catalog, compilations, & re-issues with labels worldwide!

There is this old cliche that writing about music is like dancing about architecture, but as much as every good piece of music should be able to speak for itself, that piece of music has, more often than not, an interesting story behind it that is worth telling. This is certainly true for Record Shacks newest release, Tenderness by Candy Rae.

The origin of the track is a great tale, one best told by the original producer’s son Joel Brockman, but how it came to be released on the Viennese label Record Shack must be shared first. It all began when a tune on an old long deleted compila- tion pricked the ears of Record Shack head honcho Jörg. He sensed the quality of the recording that was credited to Annie Pennibroke was overlooked and started to investigate. A few test spins of the track convinced Jörg of its potential, given its ability to immediately fill dance floors.

After finding the publisher, Jörg quickly secured the rights and went to work. It turned out that Annie Pennibrook was a pseudonym for Candy Rae and after more fact-finding Jörg contacted Joel Brockman, the son of the original producer George Semper who sadly passed away in 2009, in the USA. It was agreed to give the recording the treatment it deserved, as the sound and the pitch of the version from the compilation didn’t satisfy the standards of both men and there was even a whole verse of the song missing. Luckily the original 16 track studio tape still exists, so you can find the original recording in all its glory on the A side of this 45.

For the B side Jörg renewed his collaboration with renowned Harlem electronic music DJ and producer Altroy Jerome to create a special Jr. & Altroy Dramatic Mix with the original audio stems. They had already worked together successfully for re-mixes for other Record Shack releases, namely Patchworks ‘Celebration’ and our Gregory Jolly ‘Business’.

Most amazingly there is another surprise in this story, involving two families from the opposite sides of the globe. Betty Semper, Vienna resident and singer on one of Record Shacks most loved 45s A Love I Believe In, turned out to be a distant relative of the original producer of this record US resident George Semper, both having their origins in Trinidad.

Finally, to use another cliche, it’s all about a track that started as diamond in the rough, got rediscovered and polished for this 45 to its most dazzling and sparkling form. This simply is a flawless hundred carat of pure Soul music on wax.