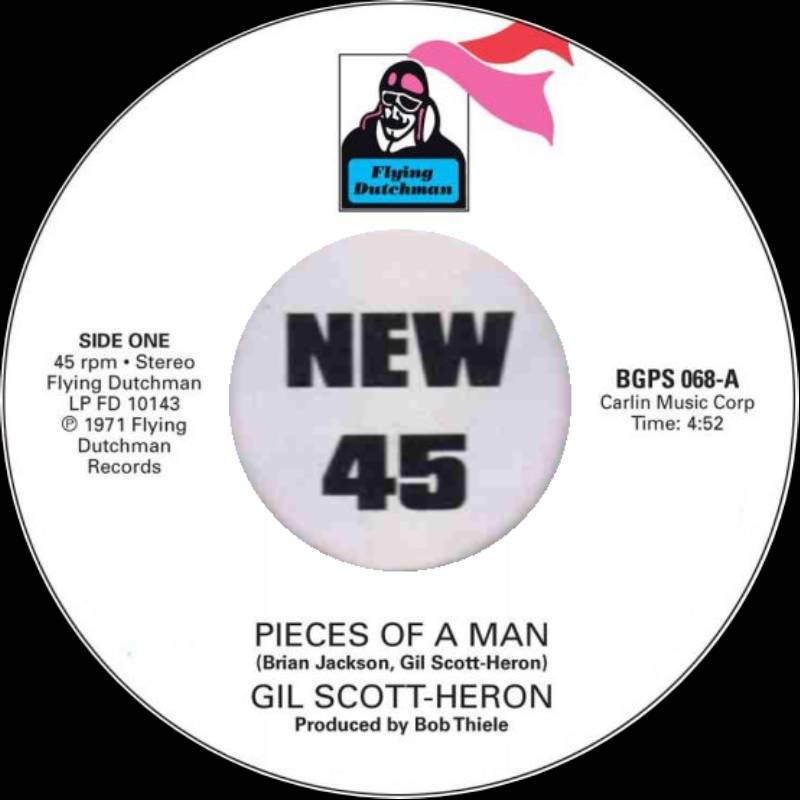 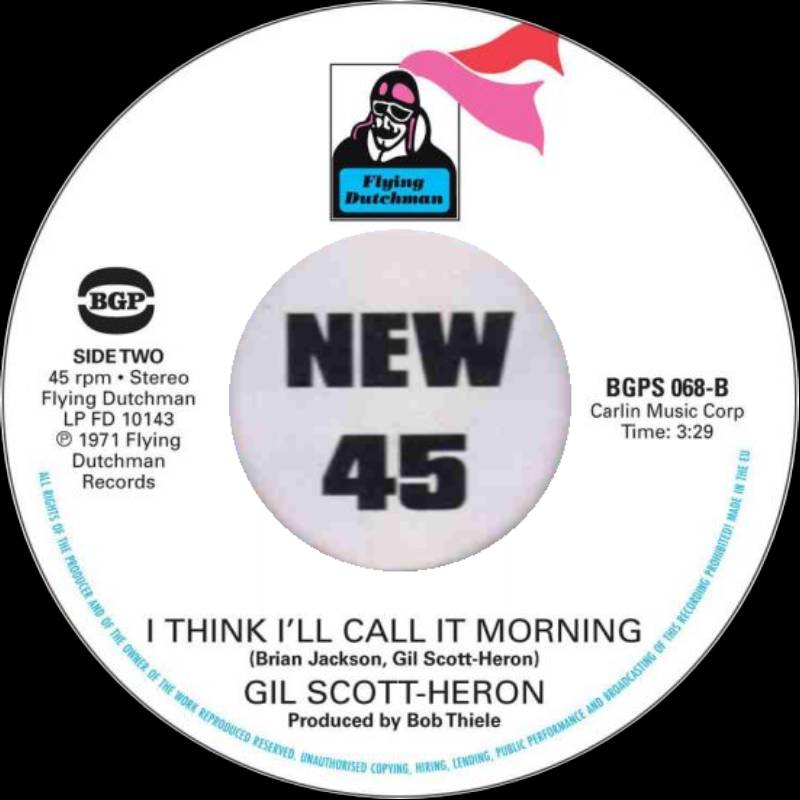 As part of Ace’s continued celebration of Gil Scott-Heron’s essential recording “Pieces Of A Man”, BGP/ Flying Dutchman are releasing two of its most poignant and poetic tracks as a 7-inch single.

Neither the album’s title track or ‘I Think I’ll Call It Morning’ have been released in this format before.

‘Pieces Of A Man’ shows Gil at his most incisive as he views the scene of a father disintegrating from a son’s perspective.

The song is about capitalism’s lack of care for the people that fuel it but, in typical Gil style, is handled with humanity, rather than the ranting polemic that others may have applied. He is helped by the musical setting, crafted by Brian Jackson into which his words were placed.

That humanity is applied to the personal viewpoint on ‘I Think I’ll Call It Morning’, which is a rallying cry for self awareness, and understanding that the world has so much more to give. Again, the combination of Gil’s lyrics and Brian’s musical setting combine to create a masterpiece.

Sidney Barnes & Speedometer – Best Thing (That Ever Happened) b/w If I Could Only Be Sure 7″
€10.75
Add to cart
Add to Wishlist
Out of stock