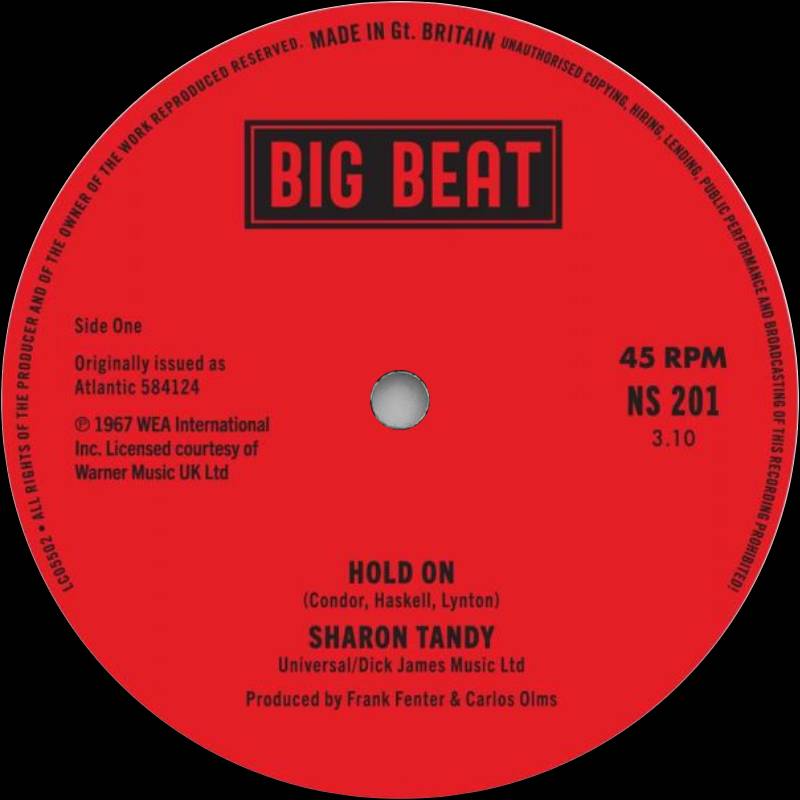 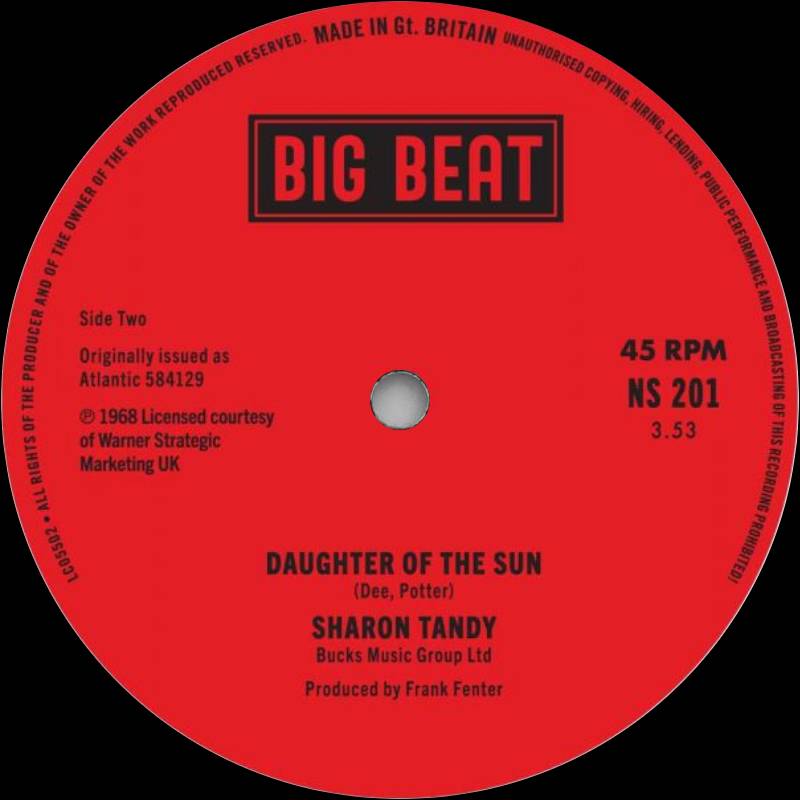 In 1967, Sharon Tandy covered the Rupert’s People song ‘Hold On’, very soon after its recording. It was on the suggestion of her brilliant backing band the Fleur De Lys, who had been recruited to play on and develop two songs for Rupert’s People, written by group leader Rod Lynton. The composition was developed by the band and the Fleurs’ bassist Gordon Haskell earned a writer credit, though he remembers their guitarist Bryn Haworth was the key contributor to the co-operative effort. Tandy’s own version with the band was tougher and accidentally re-written in parts, as the group couldn’t fully remember the song in the studio. It was only originally used as a B side to Sharon’s cover of Lorraine Ellison’s ‘Stay With Me Baby’ – Rupert’s People’s version had been similarly demoted to the flip of its coupling. The single was also released in the USA, France, Germany and Italy.

UK Atlantic must have realised they’d missed a trick with this track and reissued it the following year with a fabulous new B side ‘Daughter Of The Sun’ penned by Brian Potter and Graham Dee. Maybe that psychedelic opus would have been better as the plug side as the pairing failed to sell, but it created one of the most sought-after UK female 45s whose legend has continued to grow.

Sidney Barnes & Speedometer – Best Thing (That Ever Happened) b/w If I Could Only Be Sure 7″
€10.75
Add to cart
Add to Wishlist