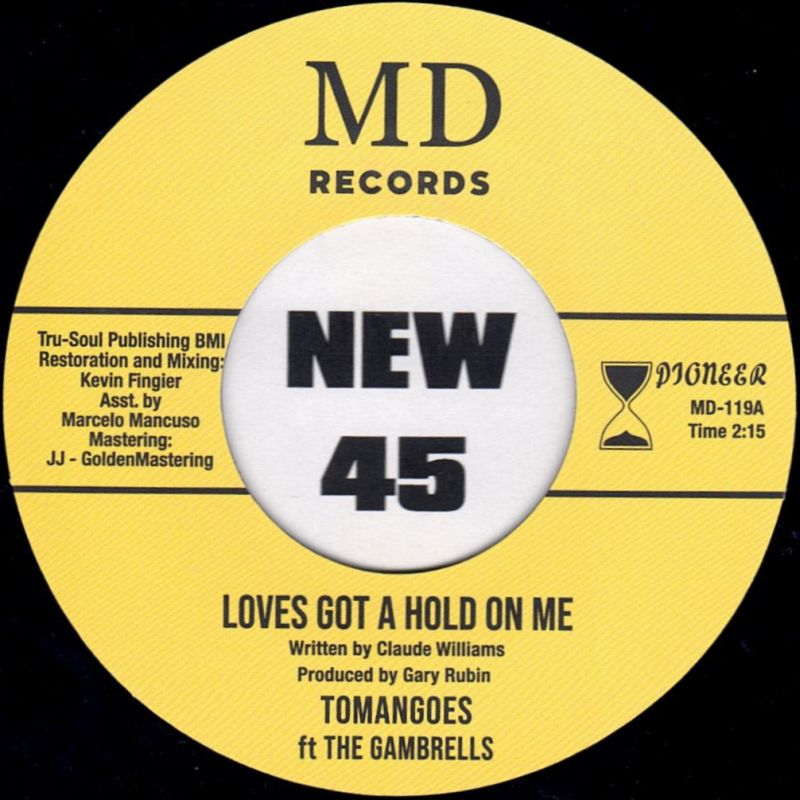 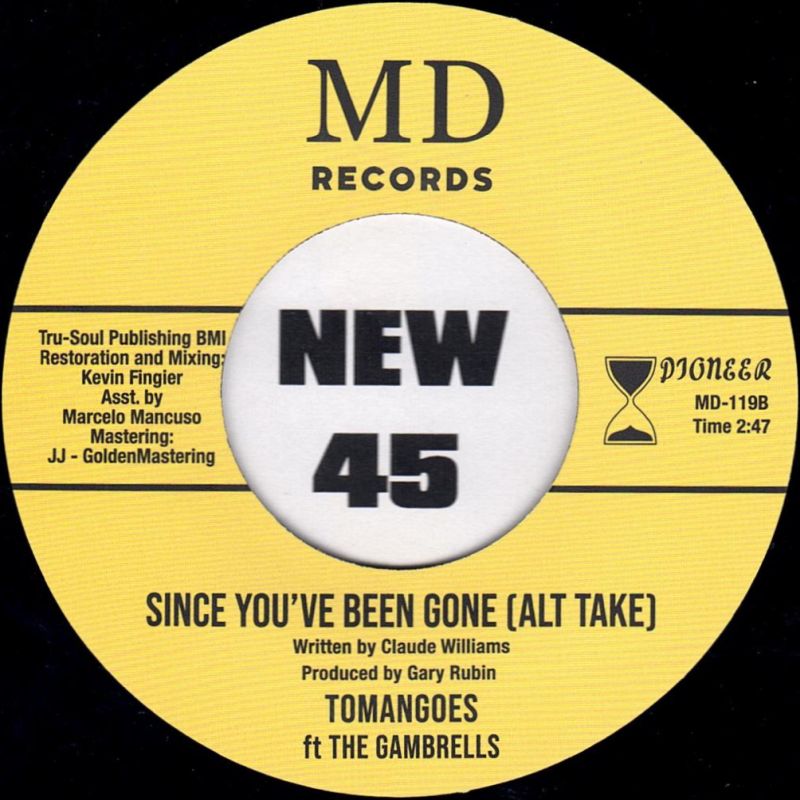 Here’s the Tomangoes master tape, on which MD Records discovered the song ‘Loves Got A Hold On Me’, along side the alternative version of ‘You’ve Been Gone So Long’, which features The Gambrells.

What is there to say about this up-coming release? Well firstly what a surprise to find it in the tapes owned by the Pioneer Studio, and Tru Soul Publishing. The surprises kept coming when they discovered that not only did the tape have an unreleased song ‘Loves Got A Hold On Me’, but also an alternate take of ‘Since You’ve Been Gone’.

The next surprise was that the Gambrells were providing the backing on both tracks, this came out of a conversation with Gary when he explained that he originally signed the girls to the studio for both their own songs and to be backing artists for the studio’s clients.

Loves got a hold on me starts with the original studio count in before the band launch into the upbeat brass and keyboard led track, the vocals seal the deal and if you listen you can hear the same inflection in the vocals as ‘I Really Love You’ the upbeat bounce of the track is also very reminiscent of the Washpan outing – I really love you.

Flip it over for a sweet and deep piece of group soul magic in its alternate release version. Again, the Gambrells adding what you would consider to be the backbone to the track that the flute could not achieve on the original Washpan B side. This track just oozes soul from every note and is rightly deserving of its place in the MD release catalogue.